T.E. Wealth Investment Report Peguis First Nation TLE Trust Investment Review Summary as at December 31, 2018 It would be something of an understatement to say that markets ended 2018 on a turbulent note with equities falling sharply at the beginning of October. November saw a rebound, but then December witnessed a pronounced and persistent drop. Thus, a year that started out with relentlessly rising stock prices ended in exactly the opposite fashion. Canadian equities had a rough year, with the TSX falling by almost 9%. Energy stocks fell as crude oil dropped from -USVJ -$45 a barrel and was the worst performer on the index. Global Equities also had a negative year, with US technology stocks in particular plunging as the American market began to play catch up in the final quarter.

In Europe, fears of Brexit and concerns about the Italian economy played a role in the equity weakness. Investor sentiments were impacted by worries over trade wars, as well as economic troubles in Turkey and Argentina. Bonds ended the year on a positive note.

Long-term yields, which had been steadily rising, reversed course, upending a market consensus that they would continue to march upward. Canadian 10-year bond yields peaked at 2.60% in early October and fell to slightly less than 2% by the last trading day of 2018. Fixed Income markets appear to either be reflecting investor concern over prospects for economic growth, or perhaps a sense that inflation is not a meaningful risk at present. With respect to the Peguis First Nation TLE Trust, we are pleased to report that the combined Trust holdings remained positive under the investment management of Beutel Goodman and Mawer Investment Management, up 0.72% (or a gain of $65,678) over the last twelve months despite a negative year for most portfolios... Furthermore, over the long term and since inception of the Trust, the combined holdings have recognized an annualized return of 5.95% (or a gain of $22,586,998) which has added value over and above the market benchmark return of 5.05%. The annualized return continues to remain ahead of the investment policy's average annual return target of 5.50%. 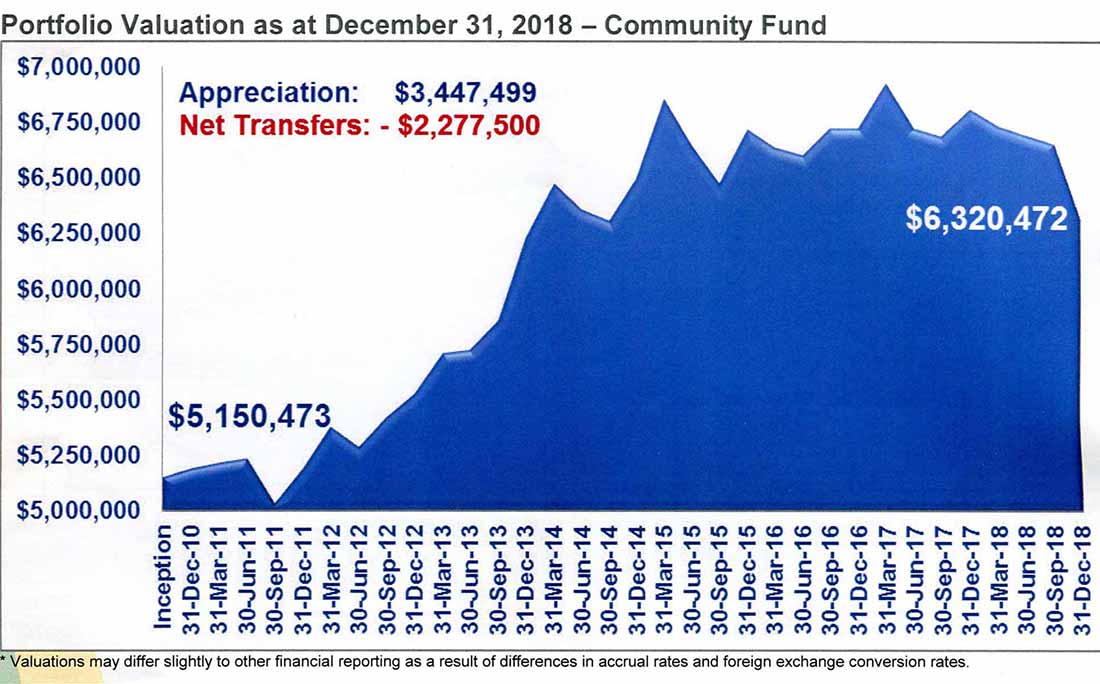 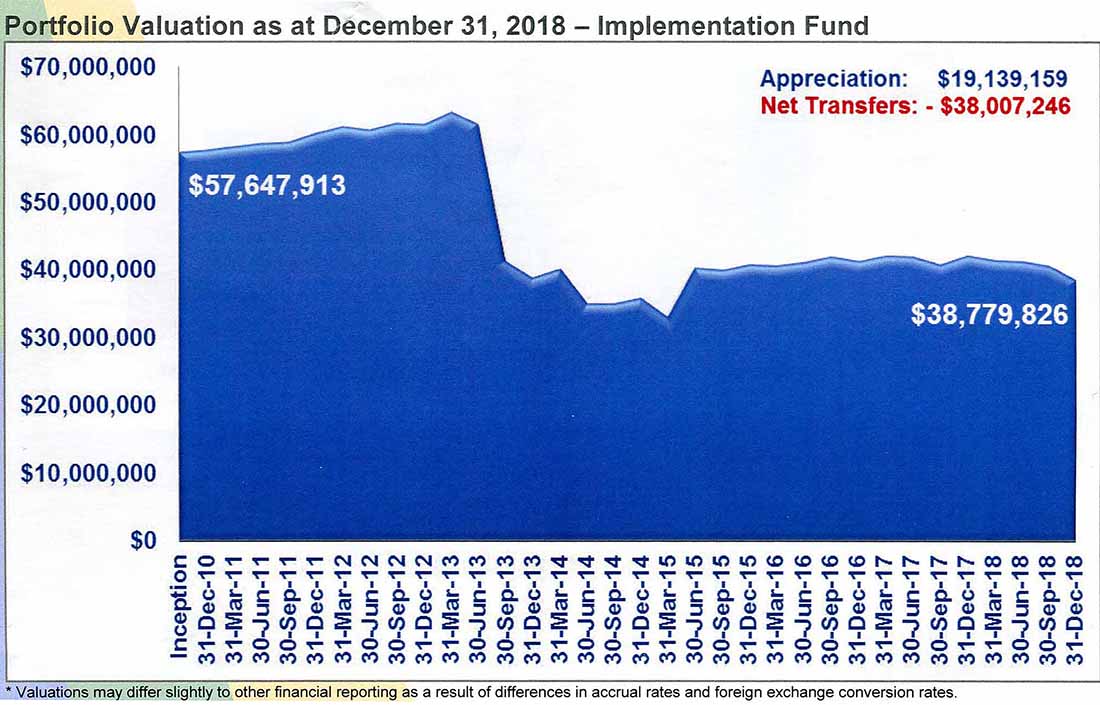