The following are the Financial Trustees:

Sharon Stevenson is an elected on-Reserve Financial Trustee of the Peguis Treaty Land Entitlement Trust from the Fall of 2007.

Sharon  is currently employed with the Peguis Surrender Claim Trust as the Trust Manager, since February 2016.  Where she is involved in the implementation and administration of the Trust.  Prior, Sharon was the Finance Manager with the Peguis School Board, whereby she provided financial advise and management on a multi-million dollar programming budget.  Sharon also has management experience with Indian and Northern Affairs Canada Headquarters and the Royal Bank of Canada.

After completing high school at Peguis Central School, Sharon attended the University of Manitoba where she received a Bachelor of Arts degree.  She subsequently attended the Ivey School of Business at the University of Western Ontario and completed her Business degree.  Sharon has always been a strong supporter of AFOA Canada and has achieved her CAFM and CAPA designations.  Sharon has also been awarded the Xerox Excellence in Leadership Award in 2004 for her leadership in financial management.

Sharon and her family: spouse Howard French, son Kiinnan & partner Emily, daughter Aniike & partner Gil and granddaughter Binidee reside in Peguis where she is actively involved in community programs and events.  She is the daughter of the late Michael and Annie Stevenson.

Sangita Bhalla recently joined RBC and brings with her over 15 years of experience in the trust industry, in both onshore and offshore jurisdictions.

Sangita began her Trust career in Winnipeg working for a Canadian trust company in 1997 and then moved to Bermuda in 1998 to work for a Bermudian bank owned trust company, eventually managing a team of seven trust officers and administrators.

During her time there, she was sent on a 10 month secondment to head up the company’s trust operations in the Cayman Islands. From 2002 to 2011, she worked as a Trust Manager for the in- house trust company of one of Bermuda’s biggest law firms, specialising in family office structures for high net worth clients. She is a member of the Society of Trust and Estates Practitioners (STEP) and has been on  the Executive Committee several times with the Bermuda branch. She is also a member of the Winnipeg Estate Planning  Council.

Sangita holds a Bachelor of Arts degree from the University of Manitoba in 1990 and went on to obtain a Bachelor of Laws degree from the University of Toronto in 1993. She remained in Toronto to article at Miller Thomson and was called to the Ontario Bar Association in 1995. In 1996, she moved back to Winnipeg and passed the Manitoba Bar exam to be called to the Manitoba Bar. In 1998, she successfully completed the Canadian Securities Course. From 2000 to 2002, she studied and completed the Diploma in International Trust Management, with distinction,

from the Society of Trust and Estates Practitioners.

In 2011, Sangita and her family relocated back to Winnipeg where they spend their time with their two children, rediscovering the city’s many attractions and in their various sports activities. 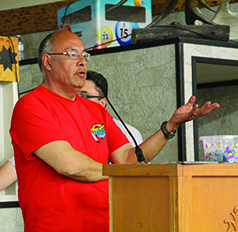 I was elected to the Trust in 2008. I think the main responsibility of a trustee is to ensure that the trust money is protected and it’s invested properly. So far, our trust is the only trust of its kind that has not lost any money in an investment year. We’ve never had a negative return. A big challenge is to have people understand what the trust is and how it works. There’s a lot of confusion, partly because we have the two trusts and there are community fund trustees and financial trustees. People get them mixed up. I’ve met a lot of interesting people as trustee and I look forward to the future and the potential that the trusts offer to develop our community.

I was born and raised in Peguis. I graduated from high school here and I still live in my parents original house. I was a professional truck driver for 15 years (1997 – 2012) and then took on the role as trustee. 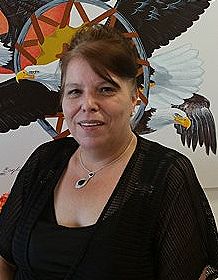 I am a financial trustee for the Peguis Treaty Land Entitlement Trust. I was born and raised in Peguis and have lived here all my life. I graduated from Peguis Central School in 1989 with a High School diploma. I went on to University of Manitoba where I graduated with a Bachelor of Arts degree in 1992. I continued my education at Brandon University where I graduated with a Bachelor of Education in 1996. I was elected and sat on the Peguis School Board from 2008 to 2010. I’ve worked in the field of education for the past 24 years. I’ve sat on numerous boards including KEESE, SEWG Committee. For the past 7 years, I’ve been the Director of Education at Peguis. I’ve been married for 30 years have 2 children and 2 grand-children. As a trustee, I am privileged to serve my community and contribute to our development. We are fortunate to have invested in the Comprehensive Community Plan and I believe that if we embrace its goals, we will do well and we will build a solid foundation for future generations. This is what the Trust means to me. I don’t take the duties of trustee lightly. The role calls for a high level of integrity and due diligence in decisions which are far-reaching and foundational in our nation-building. 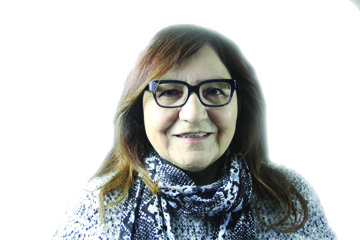